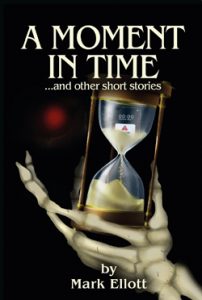 This collection has a number of stories featuring Death as he struggles with new technology and the modern world and the peculiar ways of man. He also tries his hand at different tasks with mixed success. We also see his colleagues War, Pestilence and Famine making an appearance.

In other tales, we meet Muireann O’Connor as she takes on the ghosts of Barbary pirates, an assassin who stalks his targets through time, a ghost pub stuck in Easter 1916 and an asteroid that threatens to destroy life on Earth.

Some old characters make a reappearance. There is a new Morning Cloud story set just prior to the original one, Myffanwy rides out on her dragon again and once more Pascale Hervé ponders the effects of time on our lives and impending retirement, loss and grief.