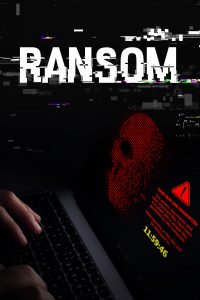 Ransom is my first novel. Following the adventures of Stephanie Ross, it’s a technical crime novel with a spattering of motorcycling:

It’s been several weeks since Stephanie Ross’ partner went missing and she is worried. Was he just on another of his drunken benders or was there something more sinister going on?

Then people start turning up dead on the local railway line.

As she worries about the whereabouts of Roddy Schaeffer, a nasty ransom virus is threatening not only her business but that of her clients. And who is Louis J Madison and what does he want?

During a few sultry weeks in July, Stephanie finds herself fighting not only to keep her computer support business and her clients… but also her life.

The bikes are ones I have owned. Also, the rail infrastructure described is from my own experience of walking those parts of the line during my time as a signaller and signalling manager, so I know them intimately.

This book was published in March 2017. As the book came out, the NHS and other organisations were being crippled by an outbreak of a ransom virus.

Ransom is available on Amazon and is published by Leg Iron books.